This is an example of a very simple 'experiment' in which letters will appear on the screen one by one to form sentences. In this experiment, adding a new character to a string is called an epoch. A series of epochs that results in a complete sentence is called a sequence. Subjects can press a button when they are ready for the next sentence (sequence). A flowchart of the experiment is shown below:

As described in the Building Experiments section, a number of files are needed to define an experiment. In the following, we will show how to create each of these files. If you want to have a look at the final result before reading this tutorial, the experiment file (.exp) for this example can be found in /brainstream_mds/examples/blocks/sentences/sentences.exp.

This experiment consists of only one block (sentences.blk). A number of settings are specified in the block file:

You can look up the meaning of the topic and key combinations here.

In addition to the standard topics and keys, we can specify our own settings in the block file. In this example, it would be useful to specify in the block file which sentences we want to show. We could for example define a key StimSequence under topic Experiment:

The information specified in the block file can be retrieved during the experiment using the bs_get_blockvalue function. In the next section we will show exactly how this works. The advantage of specifying the sentences in the block file is that we can use the same Actions table for displaying any sentence.

The most striking characteristic of this experiment is the need for decision making throughout the experiment. From the flowchart in figure 1, it can be seen that two types of decisions must be made:

We will write user defined functions for making these decisions.

In order to be able to make each decision, we also need to:

We will make use of user defined variables for these tasks.

The Actions table has three standard columns marker, time and function. In addition, we will add three columns for our user defined variables. The first user variable, stimsequence, will contain the sequences that we want to show. The second user variable, sequence_count, will keep track of the number of sequences that have been shown already. The third user variable, epoch_count, will keep track how many epochs of a sequence have been shown already. These are the columns of the Actions table:

Information specified in the block file can be retrieved during the experiment using the bs_get_blockvalue function. At the BS_INIT marker, we will insert the marker init_sequence. As this marker does not need to be accurately synchronized with the data, we insert this marker via the FieldTrip buffer. When the init_sequence marker arrives, we will execute a user defined function initSequence to retrieve the content of stimsequence from the block file and place it in the global variables.

This is the initSequence function:

The bs_get_blockvalue function will get the content specified under topic Experiment and key StimSequence and will use the default sentences 'Making BCIs' and 'is fun!' if no specification is found in the block file. The value that is retrieved from the block file will be placed in the field event.stimsequence. Because a put statement is specified for this variable in the Actions table, this new content will be updated to the global variables from where it can be accessed later in the experiment .

Now we can proceed to the next step in the flowchart, the point where we need to decide whether to start a new sequence. Using the bs_send_buffer_marker function, we will insert a marker next_sequence to begin this next stage of the experiment. When this marker comes in, first the sequence counter must be increased by 1:

Subsequently, we need to write a function that uses the content of stimsequence and the current value of sequence_count to decide whether to start a new sequence. We will call this function nextSequence. Because the function needs the content of two of our variables as input, we must specify get statements for these variables.

If the outcome of the decision is that another sequence should be displayed, the marker start_sequence will be inserted. At the start of a new sequence, the variable epoch_count must be set to 0. Then BrainStream must wait for a button press from the participant, which is achieved by specifying timepoint 'button_1' for this event. The displaying of the characters is handled by the function displayString. This function will not be discussed in detail, but it is important to know that it requires the content of the variables stimsequence and sequence_count. Therefore, get statements must be specified for these variables. Now we have reached the next decision point in the experiment flowchart, where we need to decide whether to start a new epoch or end the sequence. We will insert marker next_epoch to trigger this decision making step.

When the next_epoch marker comes in, first the epoch counter must be increased by 1. Subsequently, we need to write a function that uses the content of stimsequence and the current values of sequence_count and epoch_count to decide whether to start a new epoch. We will call this function nextEpoch. Because the function needs the content of all our variables as input, we must specify get statements for these variables. The Actions table now looks like this:

If the outcome of the decision is that another character should be displayed, the marker proc_epoch will be inserted. As we want to use this marker for data selection (see [[BrainStreamExampleSentences#DataSelection|next section]), accurate synchronization between marker and data is required. Therefore, we will insert this marker [[BrainStreamMarkerHandling#HardwareMarker|via the hardware]. When this marker arrives, the displayString function will be used to show the current character. After this has been done, we insert the next_epoch marker and thereby return to the question whether to start another epoch. The next_epoch marker is inserted 0.25 seconds after the bs_send_buffer_marker function is called. As a result, there is a pause of approximately 0.25 seconds between the appearance of each character on the screen.

When all epochs of a sequence have been processed, the nextEpoch function will insert the end_sequence marker. When this marker arrives, we immediately insert the next_sequence marker, thereby returning to the question whether to start another sequence. The next_sequence marker is inserted 1 second after the bs_send_buffer_marker function is called. As a result, there is a pause of approximately 1 second between each sequence. The Actions table now contains all the necessary steps of the experiment.

New epochs are started by the proc_epoch marker. We will therefore use this marker to trigger data selection. For now, we will only print the message 'Process the data' in the Matlab command window every time data is collected. However, instead of showing a simple message you could also write functions to actually process the data. This is the new Actions table:

In this experiment, the fourth column datasource is not absolutely necessary. As only one data source (simulated EEG data, see [[BrainStreamExampleSentences#BrainStream|blocksettings]) is used, BrainStream will automatically apply all data selection settings to this data source.

In this experiment, the fourth column datasource is not absolutely necessary. As only one data source (simulated EEG data, see [[BrainStreamExampleSentences#BrainStream|blocksettings]) is used, BrainStream will automatically apply all marker settings to this data source.

The easiest way to create all files that define this experiment is via the [.DocsSectionsBrainStreamEditor BrainStream editor]. You can open the editor by typing bs_editor in the Matlab command window (make sure that brainstream_mds/core is your current working directory). An experiment file (.exp) has already been created for this example experiment and is located in /brainstream_mds/examples/blocks/sentences/sentences.exp. If you open this file in the BrainStream editor, the experiment looks like this: 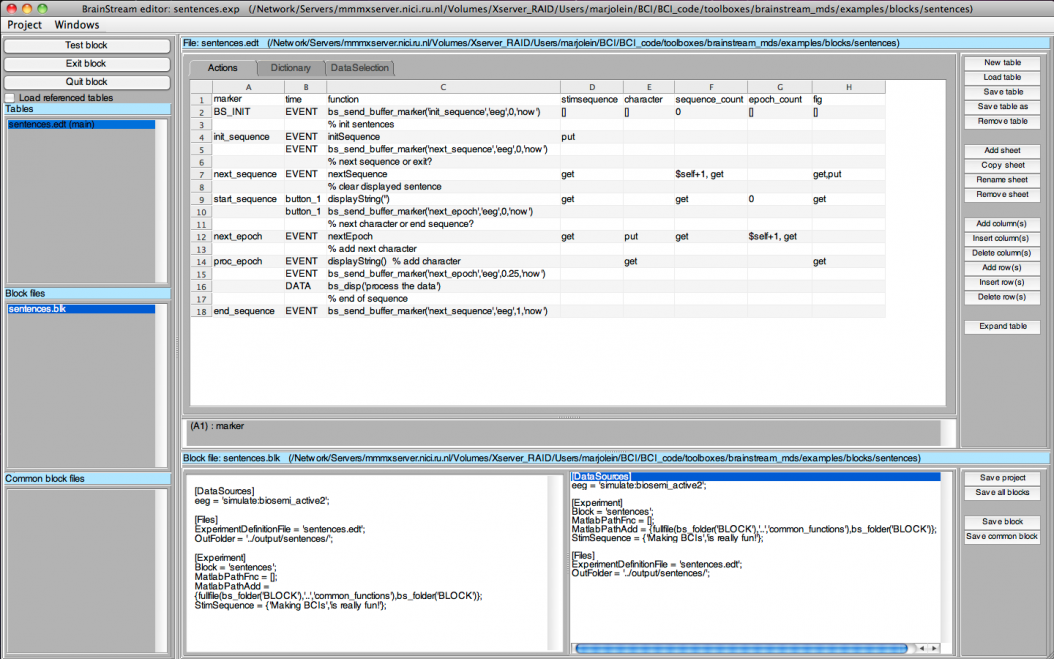 Figure 2: The Sentences Experiment in the BrainStream Editor

You will see that this Actions table has two additional columns: character and fig. These two variables are required for the displayString function and will not be discussed here. You can click the 'Test block' button to see how the experiment looks. In addition, try changing the StimSequence blocksetting and see how easy it is to show different sentences.